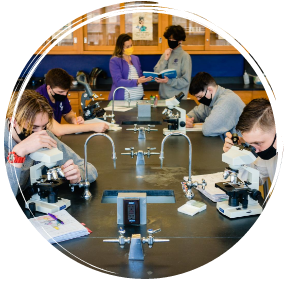 Four years ago John Petruzzelli saw the movie “Generation Found,” a documentary about people in Houston, Texas, who came together to start a revolution in youth recovery from addictions. Their model included a system of treatment centers, recovery programs and Archway Academy, a sober learning environment for high school students.

“I remember walking out of the theater and saying that this was really incredible, and that I wanted to do something like that someday,” he said.

He never expected, he added, that the Diocese of Allentown in eastern Pennsylvania would open a recovery high school, and that the documentary would be his inspiration to take a leap of faith to become part of the project.

Kolbe Academy in Bethlehem, the first faith-based and Catholic-run high school in a network of about 60 recovery schools nationally recognized, will open its doors for the 2019-20 school year.

Students are being accepted for grades 9-12, and open enrollment will allow qualifying students to enter at any time during the school year.

The school will welcome youth of all faiths from all across the Lehigh Valley, Bishop Alfred Schlert said, “not because they are Catholic but because we are Catholic.”

Kolbe Academy is named after St. Maximilian Kolbe, patron saint of the pro-life movement, prisoners and people struggling with addiction. He was a Polish Conventual Franciscan friar who was imprisoned in the German death camp of Auschwitz during World War II, and who gave his life by standing in for another prisoner who was sentenced to death.

The high school will fill a crucial need in the area, which has a number of services for adults but needs more programs for youth.

“Pennsylvania is the third-highest in the nation in the number of overdose deaths,” said Dr. Brooke Tesche, the diocesan chancellor of education. “We have Kolbe Academy working collaboratively with the state and the county to have an innovative response to kids age 12-17 who are in recovery from marijuana, alcohol, opioids and street narcotics.”

High schools generally have few in-house programs specifically for those students. Tesche, who came to the diocese seven years ago after working in special education in the public system, noted that these students are often placed in special education or emotional support programs. But that’s still in their previous environment.

“Research shows that when students go into treatment and then back into the same environment, they have less [than] a 20% chance of staying clean and sober,” Tesche said. “When they’re in recovery high schools, the chances for success are 85%. The data shows that this model works. Our bishop, with his passion around Catholic education, was committed to starting the first Catholic recovery high school in the nation.”

Petruzzelli has been with the diocese for nine years. He’s been in education for 30 years, 17 in administration, and was principal of Bethlehem Catholic High School for seven years. He’s been involved with planning Kolbe Academy for the past two years.

Teachers have received special training, drug counselors are on staff and the diocese is partnering with Mid-Atlantic Rehabilitation Services in Bethlehem.

The school is in a building on the 50-acre grounds of the St. Francis Center for Renewal that was founded by the School Sisters of St. Francis based in Pittsburgh. Their provincial, Sister Frances Marie Duncan, is on the Kolbe Academy board.

“The sisters have been very supportive and have incredible excitement about us being on campus and being part of their community,” Petruzzelli said. “I think it’s a special blessing to what we are doing to see faithful women supporting us. While they won’t be directly involved in the academy, they will be visible and it’s important for the kids to see them.”

Students are eligible for enrollment if they have been clean for at least 30 days, verified through a program, counselor or other professional. In addition to state-required classes, they’ll study theology and have Christ-centered support and programs.

Tesche cites research data that points to the role that spirituality plays in recovery.

“Many addicts in long-term recovery, defined as 10 years or more, attribute their success to a spiritual component, so there’s a direct correlation,” she said. “I put that in a strong academic environment. So Kolbe Academy will have the spiritual component, recovery best-practice and academic excellence in our diocesan curriculum.”

Students can earn privileges, such as being permitted to drive to school or have extended lunch times. There’s a code of conduct and there will be random drug tests, but students will not be expelled if they relapse.

“We’ll work with students and their families to ensure that they get the best services they need,” she said.

The diocese is seeking donations and grants to provide scholarships and aid to cover the tuition, which is set at $15,000 to $16,000.

“We were getting a grant from a source that gave us $75,000 and they came back and said that they love what we’re doing and wanted to give us $150,000,” Petruzzelli said.

That unexpected blessing was one of the “God moments,” he added, that they have encountered on the journey.

Tesche witnessed blessings when a hesitant community, once informed of what a recovery school meant, threw in their support and even stepped up to volunteer.

“Two of our board members privately shared with me that they lost a child to an overdose,” she said. “So this is clearly an opportunity for God’s hand to bring healing to their lives, and for them to make a difference in the community. That really touched my heart.”