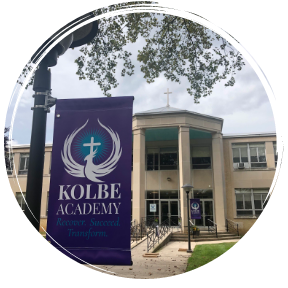 When school starts next September, Lehigh Valley students in recovery from drug and alcohol addictions will be able to attend the Lehigh Valley’s first recovery high school, something experts say could improve their chances of surviving an increasingly deadly opioid crisis.

The Allentown Diocese on Thursday announced plans to open a recovery school — dedicated to helping students who have undergone addiction treatment — at Mullen Hall in the former St. Francis Academy in Hanover Township, Northampton County.

The school, to be called Kolbe Academy, will be the first faith-based recovery high school in the United States, where there are 60 secular recovery schools, according to a release from the diocese. Eighty-five percent of students who attend recovery schools after treatment maintain their sobriety, the release said.

Students who live in and outside the diocese will be allowed to attend the school, which would be the seventh school for grades 9-12 in the diocese, regardless of their faith.

The diocese’s announcement came as Catholic schools have faced decades of declining enrollment and closed or consolidated across the country, including in Allentown.

Students of the recovery high school will pay tuition akin to that of other Catholic day schools, said Linda Johnson, founder of the nonprofit Voices for Change, who is helping the diocese launch the school.

Tuition may be higher to cover costs of counseling, but Johnson said the diocese would offer financial help to students who need it. Students will have to be free from drugs and alcohol for at least 30 days before attending the school, she said.

Adolescents are among those affected by the opioid crisis, which experts say has highlighted the need for addiction prevention and treatment programs. In 2017, there were 109 drug-related deaths in Northampton County, an increase of 56 percent from 2016, while Lehigh County had 197 drug-related deaths, a rise of 25 percent. The deaths were largely fueled by the synthetic opioid fentanyl.

The school, slated to open in September 2019, is welcome news for Lehigh Valley students battling drug and alcohol addiction, said Lisa Wolff, senior manager of special programs for the Center for Humanistic Change. It will help remove students from the people and places where they had been using drugs or alcohol.

“Anecdotally, most kids get their drugs from friends or at school,” she said.

That’s why going to school in a supportive environment, where teachers and peers understand the challenges of addiction recovery, is key, she said. Without a sobriety-focused environment, relapse is almost certain, she said.

Wolff, who leads the Center for Humanistic Change’s opioid programming, said the nonprofit plans to partner with the diocese to help teachers learn about addiction, recovery and trauma. She hopes to host life-skills and addiction programs for students, too.

A school day at the Hanover Township recovery high school will look similar to one at a regular high school, said Johnson of Voices for Change. Students will get their education, but also have group and individual counseling sessions and sober after-school programs.

The diocesan effort — which Johnson said is led by Brooke Tesche, the diocese’s deputy superintendent for secondary and special education — will provide options for students attending high schools that don’t have the resources to help them through recovery.

It will also help their families, she said. Johnson would know — her son is in recovery from an addiction that started while he was in high school. Healing the family is vital, she said.

“They’re going to have that family support [through the school],” she said. “If the family doesn’t heal and the family doesn’t understand what’s going on, that can really destroy a family. It truly can. It comes in like a tornado running through your lives, just destroying everything it touches.”

Kolbe Academy is named after St. Maximilian Kolbe, the patron saint of those with addiction.

By: Morning Call
Link to Article