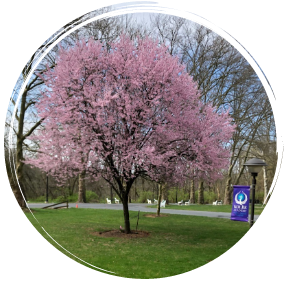 The nation’s first Catholic high school for students in recovery from drug or alcohol addiction is planned to open for fall 2019 outside Bethlehem.

Diocese of Allentown officials on Friday announced the creation of Kolbe Academy, on its Monocacy Manor campus along Bridle Path Road in Hanover Township, Northampton County.

Friday’s announcement comes at a difficult time for this and five other dioceses across Pennsylvania, following a grand jury probe that found claims of sexual abuse against 301 priests dating to the 1940s.

The United States has about 60 high schools dedicated to students in recovery, said Brooke Tesche, deputy superintendent of education for the diocese. As a Catholic high school sharing that mission, Kolbe Academy is the first of its kind, according to the Association of Recovery Schools based in Houston, Texas.

“It is unique in the fact that it will be the first faith-based high school in the United States for students in recovery from addiction,” township Manager John “Jay” Finnigan said at Friday’s announcement at Monocacy Manor.

Serving grades ninth through 12th, Kolbe Academy will be open to students from across the diocese’s five counties: Northampton, Lehigh, Berks, Carbon and Schuylkill.

School districts whose borders come within a 10-mile radius of the school will be responsible for busing students there, said Philip J. Fromuth, the diocese’s superintendent of Catholic education. That’s about 15 districts, he said. Interested families in the diocese beyond that boundary would be responsible for their students’ transportation.

The school will be accredited by the Middle States Association, and students who complete their coursework will receive a diploma in addition to support for their recovery from addiction.

“Our system is not meeting the needs of our students,” Tesche said. “We do have excellent resources in Lehigh and Northampton county but the majority of our providers’ expertise is working with adults. We need to expand supports for our youth.

Tesche, who moved into Catholic eduction from a career in public schools, shared statistics that students who enter treatment then return to their previous school environment have a 20 percent chance of avoiding relapse.

“But when students go into treatment and they’re ready to go back to school and they go to a recovery high school, it’s over 85 percent chance of staying sober,” she said. “Those statistics are astounding. This works.”

Students will pay tuition of $15,000 to $16,000, comparable to the diocese’s other high schools, according to Tesche. That’s also how much a 28-day treatment program can cost families, she said.

The diocese expects financial aid to be available, and Kolbe Academy will have room for 90 students in Mullen Hall. Formerly St. Francis Academy, the building is now home to Covenant Christian Academy under a lease that ends June 30, 2019.

The diocese has 40 elementary and high schools in its territory. This is its first new school to open since Immaculate Conception Academy opened in 2003 in Douglassville, Berks County, said Fromuth. The diocese this year also relocated its St. Jerome Regional School from Tamaqua to Rush Township, in Schuylkill County, the (Pottsville) Republican Herald reports.

The logo for Kolbe Academy is projected during an announcement Sept. 7, 2018, about the new Catholic high school for students in recovery from drug or alcohol addiction in Hanover Township, Northampton County, outside Bethlehem. (Kurt Bresswein | For lehighvalleylive.com)

Kolbe Academy is named for St. Maximilian Kolbe, the patron saint of those with addiction. Its logo features a phoenix: “It’s a long-lived bird that is cyclically regenerated and born again. In history the phoenix is often used to symbolize renewal in general, as well as the resurrection to new life in Christ,” Tesche said. The logo’s colors of purple and blue represent, respectively, recovery and the Virgin Mary.